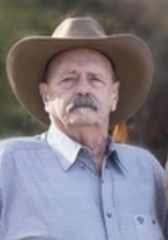 Harvey was born on August 23, 1945 in North Little Rock, Arkansas to Clarence & Catherine Light. He graduated from San Bernardino High School, then joined the Navy in 1963, serving on the U.S.S. Hornet during the Vietnam War. He married Sandra Byrd and was blessed with two children, Jason and Kerri. Harvey worked on ranches and was a truck driver for many years.

Memorial Services will be held on February 9th, 1 pm at Johnson County Sheriff’s Posse. Friends and Family are invited.

Offer Condolence for the family of Harvey Light