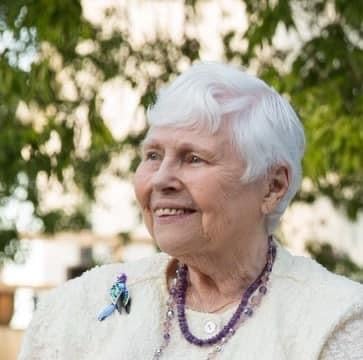 Gloria Cardwell Obituary Born September 10 th, 1925 in Mexico, Missouri and passed May 19th, 2021 at her home in Cedar Hill, Texas.

Gloria met her future husband Lon, in San Antonio where he was on leave from World War II and she was working as a Teletype Operator. Shortly after his release from service, they married in Oklahoma where they built their first home from the ground up in Norman. Lon’s job brought them to Irving Texas where Gloria became a real estate broker, housewife, SPCA Foster and raised animals of all kinds to include, cats, dogs, chinchillas, crows, squirrels, guineas, rabbits, chickens, ducks, goats, sheep, donkeys and cows. If an animal was in need she was the one to take care of it. She and her husband purchased a Farm, Cherokee Trace, in East Texas in 1967. They worked tirelessly to make it a going concern, and almost every weekend would see them traveling from Dallas to Gilmer, working on some aspect of the farm. They Raised Registered Black Angus Cattle and grew Pine Trees for use in lumber. She knew no stranger and loved developing relationships that would last a lifetime with just about everyone she ever met. She was a strong and devout Christian and was well versed in the Bible. She let her life be a beacon for Christ and would share her love of God with others.

She was preceded in death by: her husband of 73 years, Lon Cardwell from Oklahoma City, Oklahoma; her mother Flora Mackay Turner-Widener-Borom from Mexico Missouri; her father James Forrest Widener Sr.; her brother James Forrest Widener II; her uncle George Turner; and nephew George Turner Jr; her daughter in law Judyne Cardwell; and their grandsons Damien Armstrong and Daniel Armstrong.

A Celebration of Life will be held at a later date.

Offer Condolence for the family of Gloria W. Cardwell