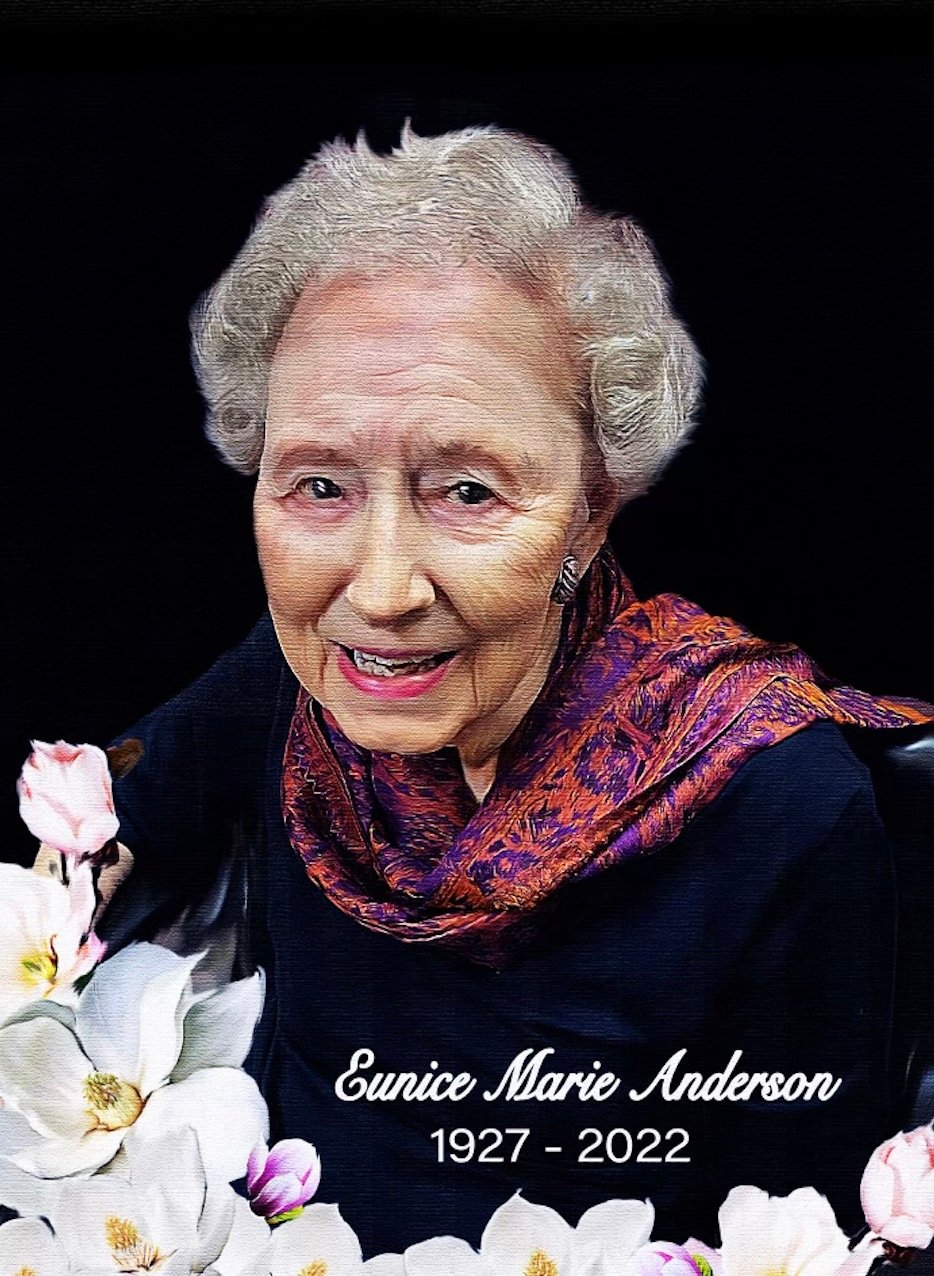 Eunice “Marie” Clark Anderson was born on December 23, 1927 in Crocker, Missouri to Edgar and Carmen Philbrick. She died in Dallas, Texas on April 25, 2022.

Marie worked at Fort Leonard Wood, Missouri before moving to Dallas in her mid-twenties. Marie worked for the U.S. Department of Labor for over 30 years and retired from there. Marie was an active congregant of Believer’s Chapel and volunteered in their video lab. For several years, she was a member of The Kickers—a dance troupe that entertained at senior living centers throughout Dallas County. Marie loved flowers and was an avid bird watcher.

She also leaves her husband’s nephews, David Ryan of Florida, Richard Ryan of Montana, and his nieces Elizabeth Greenleaf of Massachusetts and Christine Meringolo of Ohio.

Offer Condolence for the family of Eunice “Marie” Clark Anderson