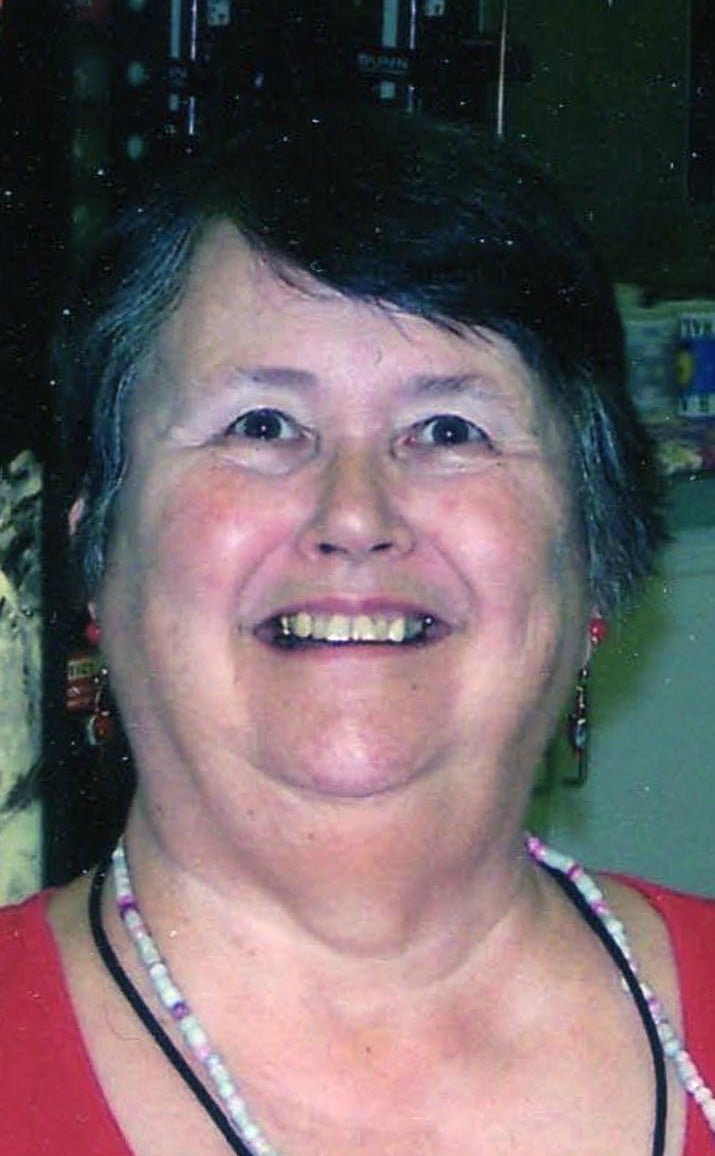 Granbury, TX- Edwina Ann Johnson Jackson died peacefully on October 18, 2017. Edwina had a stroke in 2002 and courageously fought dementia for the last several years. She was born on August 2, 1947 in Brazoria, Texas.

Edwina grew up in Wild Peach, Texas, which is a community located between Brazoria and West Columbia. Growing up, she was active in school activities including band and yearbook. She was a percussionist in school eventually becoming a Drum Major in the band and a Majorette. She served on the yearbook staff in school and was the editor of the yearbook, the Gusher, during her senior year.  After graduating high school, she attended Sam Houston State University in Huntsville, Texas. Following college, she married and relocated to the Lakewood neighborhood in Dallas, Texas where she raised her three children. After her marriage ended, she and her life partner, Emilia Menthe, lived in around Dallas ultimately relocating to Granbury, Texas. She moved to Granbury Care Center a few years ago when her medical need exceeded what could be provided at home.

Edwina volunteered and served others throughout her adult life. She worked for local Presbyterian, Episcopal, and Metropolitan Community Church offices where she appreciated the opportunity to be close to her faith and to serve others. She was an active volunteer at Northridge Presbyterian Church while she raised her children and during that time she organized church family campouts and helped with kids’ groups, choir, and activities. She was also active in the Tejas Girl Scout council as the leader of Troop 12 in Lakewood and she served as the camp director of the inner-city Camp Whispering Cedars for a decade where she provided young women with camping and leadership opportunities. She volunteered for years at the Children’s Hospital where she sat with children who had been injured and were not expected to recover or even sometimes to live. She held these children, talked to them, and provided comfort. She would share the stories of these children with her family as each child impacted her helping her appreciate her many blessings. Even in her final years, she would sit with other residents of her nursing home holding their hands and talking with them providing comfort and companionship.

She loved cross-stitch needle point work, reading, and traveling throughout her adult life even though each of these was impacted after her stroke in 2002. Edwina loved animals. She adopted and cared for dozens of dogs, cats, birds, and fish throughout her lifetime. She provided laughter, love, and caring to all that entered her life. Her final four years were lived at Granbury Care Center where she was given great care and she loved the staff.

In lieu of flowers, donations may be made to Hood County Senior Center http://www.hoodcountyseniorcenter.org/current-needs) . No services are planned at this time.

Offer Condolence for the family of Edwina Ann Jackson