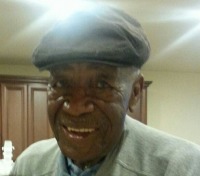 MEMORIAL SERVICE:  11:00 A.M. Thursday, March 27, 2014 at Mayfield Kiser Funeral Home Chapel in Fort Worth, TX and the final memorial service will be held at 11:30 A.M., Monday, March, 31, 2014 at First Baptist Church in Leavenworth, KS. Internment will be at the Fort Leavenworth National Cemetery with full military honors.

Mr. Taylor was born on April 27, 1924 in Minden, LA, the son of the late Earl Sr., and Lena Taylor. Following graduation from Booker T. Washington High School, he enlisted in the U.S. Navy and served with the SeaBees during World War II.

Following the war, Mr. Taylor returned to Cleburne Texas and married the former Bobbie L. Perry and to this union 11 children were born.

His parents, a sister, brother and 3 children all preceded him in death.

Offer Condolence for the family of Earl Taylor Jr.