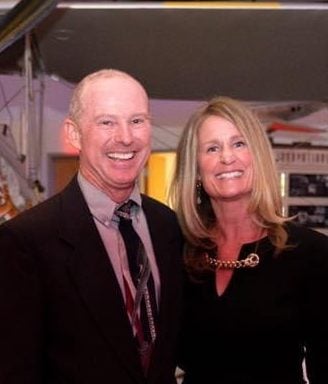 After battling cancer for over five years, Dr. Randall Bowden passed peacefully in his home on April 7, 2021, with his wife of 24 years, Cindy, by his side.
Dr. Bowden was born in Council, Idaho on Sept. 26, 1959 and grew up in Idaho and Southern California. He received his doctoral degree from the University of Denver in 2000. His career in higher education spanned over 30 years. He was employed by Colorado Christian College, University of the Incarnate Word in San Antonio, St. Leo University in Florida, the University of North Dakota, Kaplan University, and spent the past twelve years in the Texas A&M University System. In his eighth year at Texas A&M University Corpus Christi, he was recruited by Tarleton State University as Department Head and Professor in Higher Education Administration, Educational Leadership, & Technology. He and his wife, Cindy, have resided in Granbury for four years.
Throughout his career, Dr. Bowden was a chair or dissertation committee member for more than 100 students. He was published in numerous academic journals and invited to present at national and international conferences. In 2000, he co-founded The Journal of Hispanic Higher Education and was a consulting editor since its inception. He also acted as a book editor and reviewer for academic journals. His published novel, Chasing Echoes, a work of fiction, was his desire to venture into a world filled with artistic creativity and imagination.
At 50 years old, Dr. Bowden entered his first triathlon and claimed he was “hooked.” His eight-year tenure included competing in several sprint and Olympic distance triathlons, Ironman 70.3 Texas, Ironman 70.3 Boise, Ironman Cairns, and Ironman Louisville. An avid runner, he also completed several half marathons and marathons.
In 2016 Dr. Bowden was first diagnosed with cancer and was successfully treated at MD Anderson Cancer Center in Houston. In October 2018, right before competing in Ironman Louisville, Dr. Bowden was diagnosed with another type of cancer, stage 4 metastatic melanoma. His doctors at MD Anderson encouraged him to participate in the Ironman. Afterward, he continued to train and compete in Texas. In addition to his passion for training and competition, he enjoyed traveling with Cindy and flyfishing.
Dr. Bowden is survived by his wife, Cindy; mother, Barbara Chilcott Loftis; brother, Les Smith; sister, Cindy Bowden-Hayes; daughters Nikki Bowden Tafoya and Sara Bowden Nestler; and grandchildren Michaela, Naithan, Rachel, Cadance, and Emma.
There are no events scheduled.
In lieu of flowers, you can show your support by donating to Angel Flight South Central at www.angelflightsc.com in memory of Dr. Randall Bowden.

Offer Condolence for the family of Dr. Randall Bowden