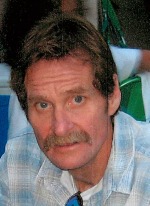 Venus, Texas—- Diana was born on November 18, 1954 in Fairfax, OK to Charles Lee and Jessie Irene Dady (Peak). She went to be with her Lord on Friday, December 23, 2011. She passed away at her home surrounded by the ones who loved and cherished her. She was 57.

Diana is survived by her husband of 33 years, Wales Franklin “Frank” Jones of Venus, Texas. She is also survived by her children, sons, Arthur Battenfield and wife Katherine, Wales Franklin “Lil Frankie” Jones, both of Venus, and daughter Jessica Jones, also of Venus. She also is survived by step-daughter Christina of Weatherford. Diana had 5 grandchildren, Kaitlyn Battenfield of Venus, Dustin and Kourtnee Spray of Midlothian, TX, Savannah and Latosha Walley of OK.

Diana is also survived by her siblings: sisters: Charlet and Leroy Wall of Whitney, TX, Donna McLemore of Venus, Betty Dady of Bonham, TX, and one brother Charles Wayne Dady and wife Vicky of Alvarado, TX.

Diana’s family moved from Oklahoma to McKinney, Texas when they were teens.

Diana and Frank were married in 1978 in Grand Prairie, TX and have lived in Venus for over 20 years.

Diana loved to share her life stories with all whom she held close to her heart. Her favorite things were spending time with her family and friends, her grandchildren, cooking, and scratching lotto tickets.

Diana worked for Titan for over 10 years, but was more content at being a mother and housewife and always being there for her family.

Her faith in the Lord and the love for her family and friends were her strength in helping her through her last days here with us.

Diana will dearly be missed by all that knew and loved her.

Offer Condolence for the family of Diana Dady Jones