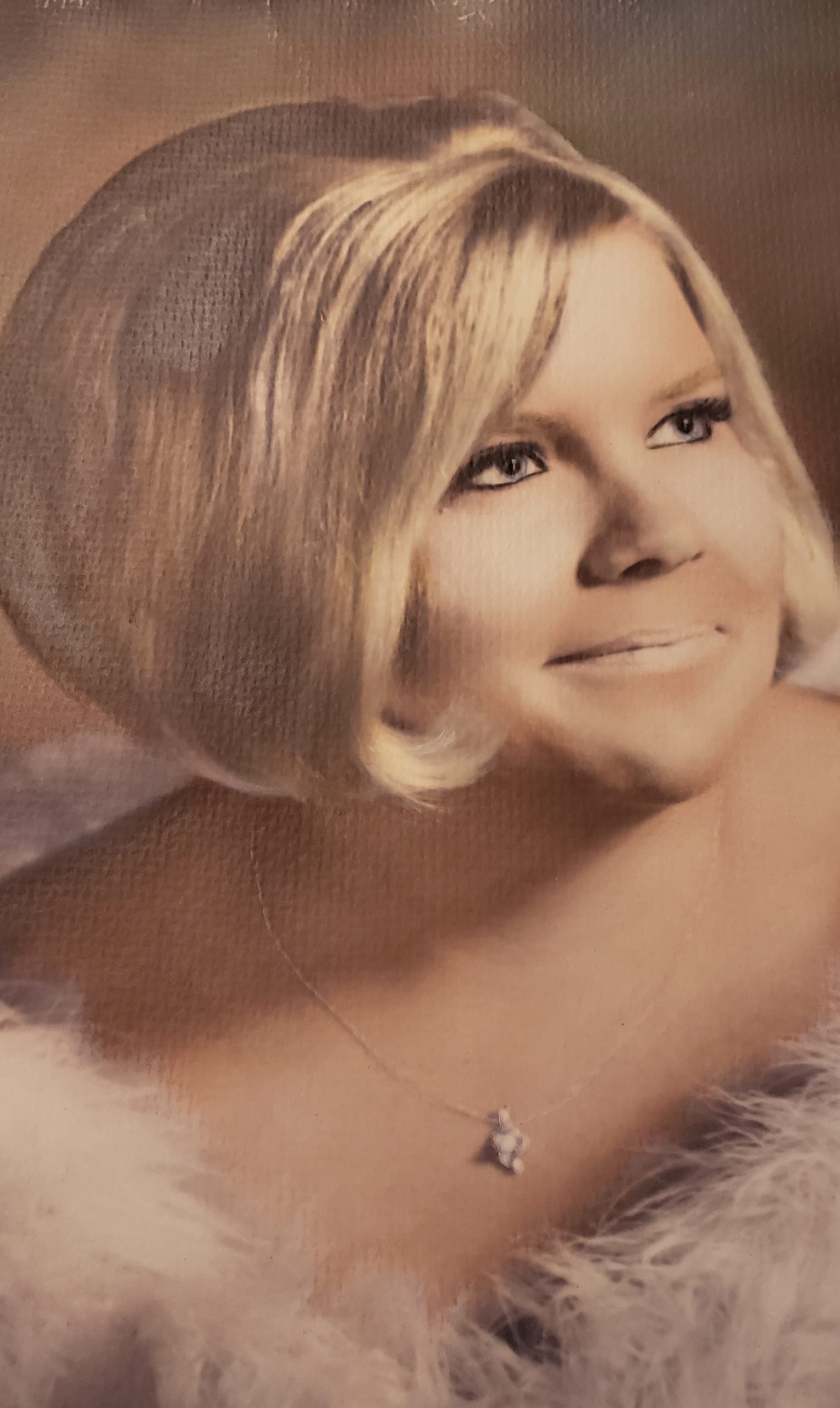 Deborah (Debbie) Mae Goodner Collins – July 18, 1951 – April 14, 2021
Debbie was born July 18, 1951 to Herman and Dorothy Goodner in Weatherford Texas where she lived the majority of her life. Debbie attended elementary through high school there, though she often visited her father in Arkansas during the summer and on holidays.

Debbie was 20 years younger than her only sister, Jeanne, and Debbie’s take on their relationship was a mix of being compatible sisters and being bossed around by a second mom. As a matter of fact, many were confused about which woman was Debbie’s mother – the 20 year old college student or the 37 year old seamstress – which made them both laugh and, of course, refuse to answer the questions. There was nothing they loved more than an inside joke. Jeanne often babysat Debbie while their mother worked and they spent an abundance of time together, playing and teasing each other along the way. They remained close until Jeanne passed away in 2011.

Deana was a special surprise to 20 year old Debbie. The photos from this time show the love they shared and the joy they gave one another. Debbie’s mother and sister showered Debbie and Deana with love and advice, lots and lots of advice.

After a career as a legal aide in downtown Fort Worth, Debbie moved back to Weatherford and became a stay at home mom looking after Nikki, who was just a small child at the time. She cherished that time together and worked hard to make a comfortable home for them.

Debbie loved music, especially the Motown favorites, like Marvin Gaye and The Temptations. She loved Smokey Robinson, The Four Tops, Mary Wells and Diana Ross & The Supremes. She had a great affinity for Elvis and The Beatles also, and whenever she heard any of these songs her foot would tap and her eyes would light up.

TV was a fun pastime for Deb. She followed several soap operas and never missed The Price is Right. She would have made a great contestant as she knew all the right answers.

A beloved ritual for Debbie was “ladies lunches” with her two best friends Marge and Cassie. They could be found on lots of Fridays, sitting in R&K, giggling and chatting as they had done since their teenage years.

The highlight of her life were her six grandchildren, Bailee, Zach, Corbin, Milo, Lyric, and Finn. She took every opportunity to see or talk to them, often babysitting where they would draw pictures and build forts together. Those smiling faces lit up her world. Even though Finn was born during the pandemic, Debbie was able to meet him, to her great delight.

A Celebration of Life will be held for Debbie on Monday, April 26, 2021 at The Hamptons in Weatherford, located at 109 Otto Rd (76087). Reception will be from 5:00 PM – 8:00 PM with a brief memorial service at 6:00 PM – and please come as you are. Debbie preferred colorful, casual clothes as opposed to anything formal or intentionally black. In lieu of flowers the family asks that you please make a donation to Parker County Committee on Aging (PCCOA), 1225 Holland Lake Drive, Weatherford TX 76086. Condolences for the family may be offered at https://www.lonestarcremation.com/obituaries/.

Offer Condolence for the family of Debbie Collins