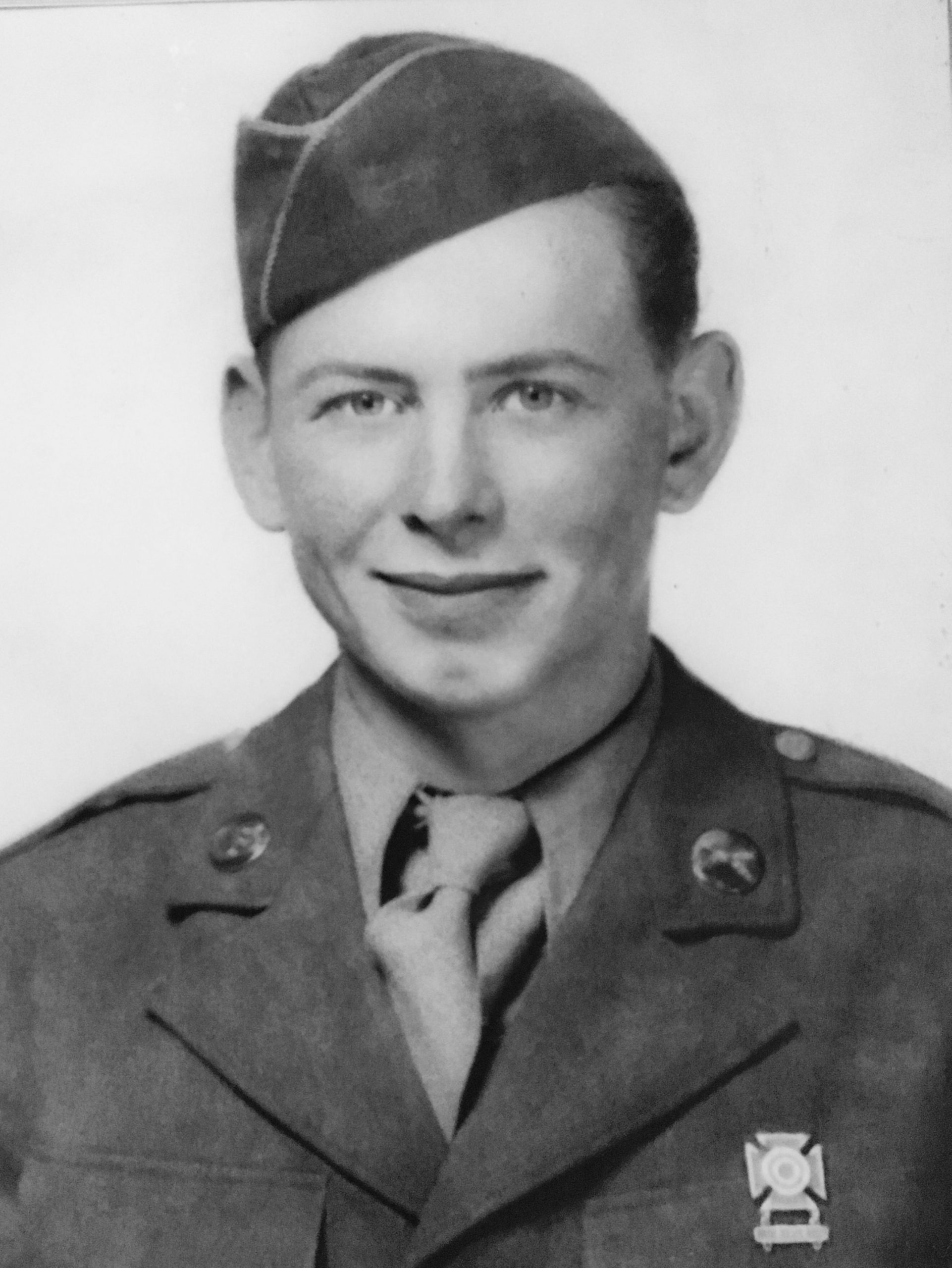 He is a decorated WWII combat veteran, serving in the US Army 2nd Infantry Division, 9th Regiment, during the Normandy, Northern France and Germany campaigns. His unit landed on the Normandy beaches shortly after D-Day and he fought in France, Belgium and Germany until the war ended. He was awarded 3 Bronze Battle Stars, Distinguished Unit Badge, Combat Infantry Badge, American Theatre Ribbon and EAME Campaign Badge. After the German surrender, he re-enlisted in the Army and served in the Army of Occupation, finally returning to the US in 1947.

Dean was an avid reader and relished outdoor activities at every opportunity, including camping, gardening, fishing and hiking. One of his most cherished childhood memories was hunting in the woods near Madrid with his beloved dog Hoppy.

A graveside service and interment will be held at Woodlawn Cemetery, Des Moines on Saturday, October 6, 2018, at 11:00 am.

In lieu of flowers, the family requests a donation be made to the Veterans of Foreign Wars Foundation at vfw.org.

Offer Condolence for the family of Dean Isaacson