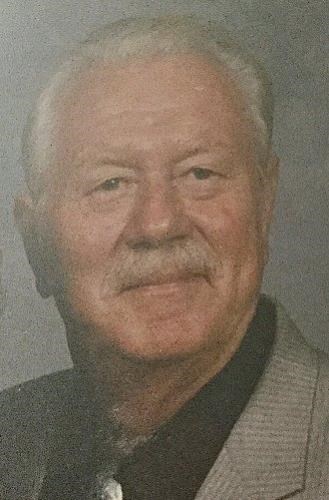 He graduated from Woodrow Wilson High School and then entered the Air Force where he served as a Staff Sergeant teaching electricity which he enjoyed and applied the rest of his life. In years later he began a career with Gilbert X-Ray in Dallas where he sold and serviced medical x-ray equipment for 32 years with a dedicated attitude to a wide geographical area.

Cliff and Virginia while living in Fort Worth, enjoyed camping with the Hitch N Pitch camping club from the Denton area and annually made the July trip to the Colorado Rocky Mts where Cliff was in his favorite place in the world. He loved driving the winding sheer drop off roads. He also looked forward to fishing the Texas Gulf with longtime friends and bringing home Texas size fish stories with his own brand of humor. Cliff had an analytical mind which he used to repair and modify whatever needed his attention. His personality and zest of life will be missed.

Cliff and Virginia retired to Lake Texoma where they lived 20 years meeting new friends and volunteering for various area functions. Cliff served many years on the Cardinal Cove Volunteer Fire Dept. Cliff, with others, built the public dock though a permit awarded by the Texoma Lake Corps and established the Cardinal Cove Marine Association to which they further served as officers.

Finally they were encouraged to settle in Denton where her family lives and began another huge segment of life.

Preceding him in death are his granddaughter Amanda Glasgow, one brother, and five sisters.

Thanks go to the Good Samaritan Heritage Hospice for all their attentive care.

Offer Condolence for the family of Clifford Glasgow