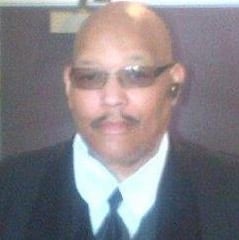 Charles Phernandez Cato died peacefully in Dallas, Texas on August 25, 2019 at the age of 64.
Charles is survived by his children, daughter and son-in-law Sibyl (Cato) and Chris West of Pittsburgh, PA; son Charles P. Cato, Jr. of Santa Rosa, CA; brothers Richard “Ricky” Cato (New York) and Leonard Cato and sister-in-law, Delilah Cato (Nashville, TN); and nephews Nick and Tim Cato (Nashville, TN). He is preceded in death by his parents, Charles and Lena Cato (Chicago, IL).
Charles was born on October 20, 1954 in Chicago, IL. He graduated from Harlan High School in 1972 where he was the Senior Class President. He was a dedicated Data Center Manager for the Options Clearing Corporation (OCC) in Chicago, IL and Dallas, TX for over thirty years before retiring in 2016.
Charles attended Faith Temple Church of God in Christ in Chicago, IL, for many years where he taught Sunday School and was a member of the Radio Choir. He was a committed member of the Masons.
A memorial service is scheduled for Tuesday, September 3, 2019 at Lone Star Crematory in Dallas, TX. In lieu of flowers, please send donations for the family to Sibyl West at 259 Cascade Road, Pittsburgh, PA, 15221.

Offer Condolence for the family of Charles Phernandez Cato