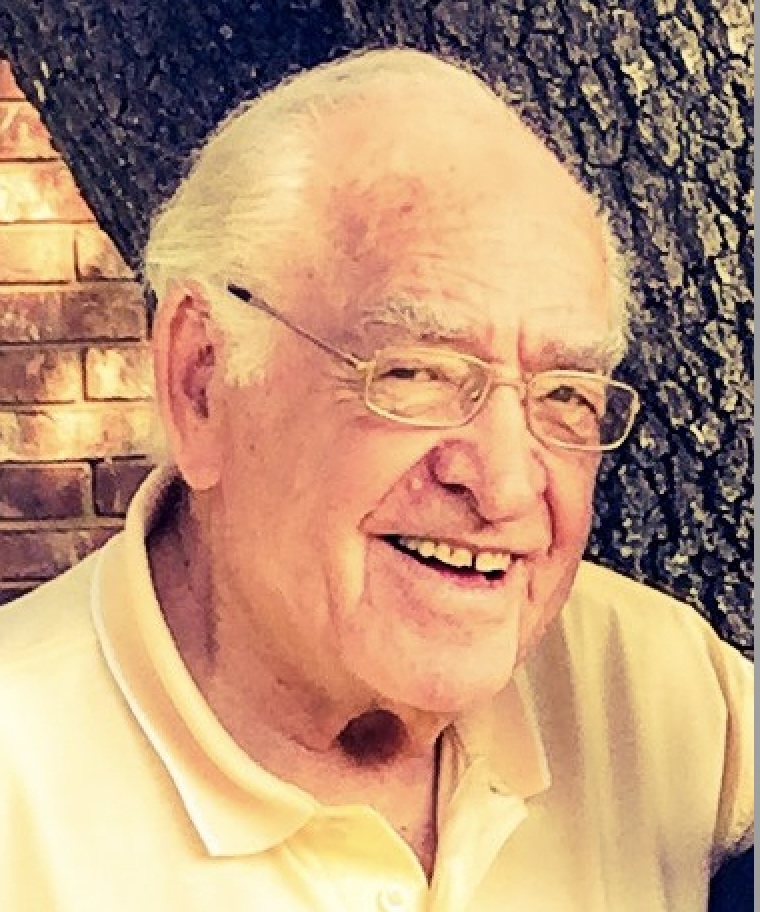 Charles Clemens Blonien (“Chuck”) was called home by our Lord and savior Jesus Christ on Jan. 26, 2021 after dying from complications from a stroke. Chuck was born to Clemens Louis Blonien and Mary Katheryn Huber in Stevens Point, Wisconsin. He was a twin (brother Jim) and the youngest of 5 siblings (Mary Agnes, David, Joan, Bobbie, Jim). He grew up in Rudolf, Wisconsin for the first 14 years of his life before his family moved to Milwaukee, where he attended high school at Marquette High. After graduating as an accomplished basketball player, he went on to attend Marquette University for 3 years.

After a short stint working as a loan officer with Household Finance, Chuck went into the restaurant business with a partner making pizzas on the West side of Milwaukee. He had no prior experience but decided to take a chance. After a few years of working in Milwaukee, he moved his family to Altus, Oklahoma to open his own restaurant, Sano’s, which featured pizza and other Italian cuisine. The restaurant did well and all of his family were part of this family business. Kids worked in the kitchen preparing food, making orders, washing dishes and all of the other tasks you have to do when running a successful restaurant. Chuck and his wife, Jean, also did much of the cooking during the 7 days a week the place was open for dinner. Chuck’s daughters also worked as waitresses when they got old enough. But Chuck was still not satisfied. He had a very entrepreneurial spirit and was always looking for ways to extend his reach and provide for his large family. He was approached by a friend to open a nightclub in the upper part of his restaurant which was being used for storage and a family playroom with a billiards table, and so the Upper Room was born.

The Upper Room was so successful that Chuck had to renovate the space to accommodate more patrons, and since the margins were so much better in the nightclub business and the operations were more simple, he decided to convert his restaurant into a second nightclub, which came to be known as The Bamboo Tree. Of course it was an instant success as it was one of the few places in town where someone could get a drink after work and dance to country & western music provided by a live D.J. His final foray into the club business was opening a very large nightclub in Weatherford, Oklahoma which came to be known as J. C. Cowboys. There he would partner with his oldest son, Greg, who ran the nightclub for many years.

There are lots of things you can say about Chuck, but certainly one of his deepest loves was his family. He was married to Jean for 59 years, and out of their love came 7 children: Greg, Mike, Mary, Chuck, Ann, Danny and Joey. He was very involved in his kids’ lives with things like coaching little league baseball, giving golf lessons, teaching his kids to cook pizzas, etc. He also had a passion for family trips in the summer. Almost every summer he would close his restaurant for 2 weeks and take the family to destinations all across the US in a 8-door Chrysler limousine that would accommodate his family and sometimes an extra sojourner like his mom, Mary. He took them to places like the Redwood National forest in California and other fun-filled summer destinations like Miami Beach. The family also traveled to Wisconsin about every other year to visit family and friends. Summer in Wisconsin was so refreshing.

We would be remiss if we did not also mention Chuck’s passion for the exotic, particularly when it came to pets. The family had both an African lion (Gopa) and a mountain lion (Cougie) as pets in their backyard. The family also had 2 dogs (Rusty and Lady), alligators, pigeons, hawks, turtles, snakes, rabbits and probably several other species long forgotten. It was a regular zoo at times in the Blonien household and backyard with never a dull or safe moment. He also loved his exoctic car, a 1985 Zimmer which looked like something out of a 1940’s gangster movie. It turned many heads as it rumbled down the road as it was so unusual looking and harkening back to a by-gone era.

Chuck and Jean also were strong in their faith. They were both Catholics who raised each of their children in the faith. It was always a spectacle every time the Bloniens marched into Sunday Mass at Price of Peace Catholic Church in Altus. The family usually sat up front where all the action was and easily consumed an entire church pew. They also made sure each of the kids made it to Sunday school each week so they could be properly educated in their faith.

Chuck is survived by 5 of his children (Mary, Chuck Jr., Ann, Danny and Joey) and their spouses and children, his brother David and sister Bobbie.

He is preceded in death by his wife of 59 years, Jean, his 2 sons, Greg and Mike, his parents Clem and Mary, his brother Jim and sisters Mary Agnes and Joan.

Due to his wishes and the worldwide pandemic, there will be no funeral Mass or memorial service. Please pray for the peaceful repose of his soul and for peace to shower his family during this difficult and sad time. Chuck had a long and fruitful run and has left several large, positive footprints on the world, and for that his family and friends are truly blessed and thankful. Godspeed, Chuck, and we all look forward to the day where we can all be reunited in God’s kingdom and catch up. We are sure you will have plenty of stories to tell.

Offer Condolence for the family of Charles Clemens Blonien