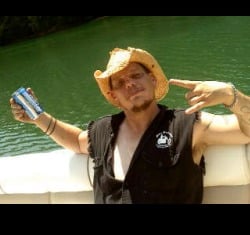 FORT WORTH — Chad left us to be with his loving Mother and Grandmother on Wednesday October 23, 2013.
Chad was born on April 3, 1973 in Indiana Pennsylvania. He moved with his family to Texas in 1974. In his youth he was an avid soccer player and skateboarder. Chads true love would be the martial arts where he excelled. A first degree blackbelt ranked in the top 10 in Texas. He was respected and wellknown as an instructor and fighter. Chad persued construction and settled in as a certified mechanic. Stunt riding and motorcycles were a passion he persued with vigor. The Lord needed him and took him far too soon for those who loved him. He is preceded in death by his mother, Judy Putman and grandmother Grace Putman.
Chad is survived his grandfather, Ralph Putman; father, Larry Putman; brothers, Bryan Putman and Grant Putman; uncles, Don Putman, Robin Putman and Dwight Stephens; Aunts, Barb Stephens, Geneva Putman and Dawn Putman; neices, Dyllan Putman, Katlyn Putman and Dorothy Putman; nephew David Putman; Friend and Companion, Kristi Keaney and numerous extended family and a host of friends.

Offer Condolence for the family of Chad Curtis Putman