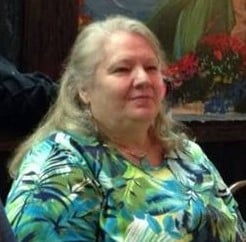 Carolyn Ann Parker Sutton, age 68, passed away on January 18, 2022 at her home in DeSoto, Texas following an extended illness with leukemia complicated by pneumonia. A private memorial service will be held at a later date.

Carolyn was born on April 30, 1953 in Dallas, Texas. She was the second of four children born to Albert Edward (1927-1995) and Clara Louse Parker (1927-2000) of Dallas, Texas. She graduated from Sunset High School in 1972 and attend college at the University of Texas at Arlington. She married Johnny Ike Sutton and they were divorced after 16 years of marriage. They had two children Jamie Ike Sutton (1982-2014) and Gary Wayne Sutton.
Carolyn lived in several states and Venezuela and Puerto Rico while she and Johnny were in professional baseball. She later settled in the DeSoto, Texas area working at Cabbage Patch Daycare, Southland Corporation, United Metal Fabricators and M&M Bolt and Screw where she retired in 2020 after 25 years of service. Carolyn loved her children and was very active in Boy Scouts and little league sports. She was best known for her love of humanity often opening her home to those in need. Many young people called her Momma and knew she was a safe haven when they needed help.
Carolyn is survived by her son Gary Wayne Sutton, siblings Michael Wayne Parker and wife Judy, Debora L. Murphy and husband Randy, and Barbara J. Parker. Niece and nephews include John Parker and wife Liz, Bryan Parker and wife Katrina, Katy Parker, Julie Murphy, and Deeanna Murphy, and great niece and nephews Avery Parker, Jake Parker, Harriet Parker, Emma Murphy and Jaden Osarenkhoe. There are also friends too numerous to name. Carolyn was loved by those who knew her and she will be greatly missed.

Offer Condolence for the family of Carolyn Ann Sutton