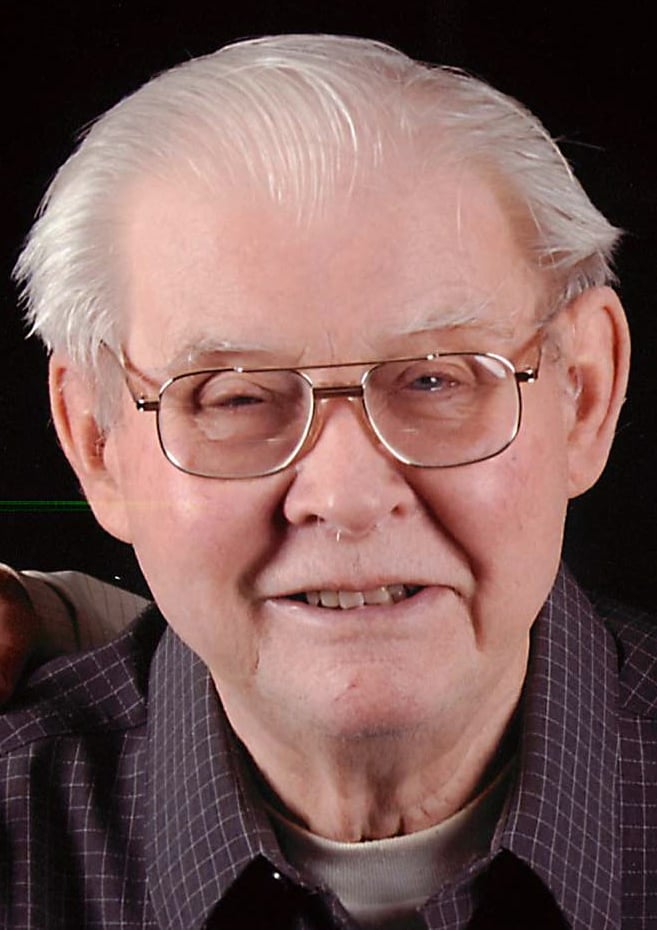 Axel was born to Adina and Georg Olsson on November 15, 1931 in Lamas Sweden. His sister Mary was already three years old. Axel’s mother, Adina owned her own coffee shop in Lamas at the age of eighteen. It was around this time that she met Axel’s father, Georg. Adina sold the coffee shop and bought a small home in Lamas where Axel was born. Georg supported the family by selling reading glasses. He would set out on his bicycle each day with a suitcase full of different eye glasses and sell them to the farmers and people about town. Adina was a very religious person then and would be for the rest of her life. Unfortunately George was quite the opposite. This caused discord in the relationship and unfortunately Adina and Georg were divorced when Axel was only three years old. Georg moved to Vanersborg and Adina, Mary and Axel remained in the “little red house with white corners” in Lamas. Perhaps it is because of this that Axel and Mary were always so close.

Adina had two cows, some chickens and a pig or two. Evenings found Mary and Axel getting water from the well and tending to the livestock, but mostly doing their homework by the light of the oil lamp in the kitchen. School was always important to Axel and Mary so they made sure that they were in bed early each night so that they could be up at 5:00 AM. School did not start until 8:00, but was an hour walk away and included cutting through the forest before getting to the road that lead to the school. The fear of running into a wolf or a bear during the early morning hours was a very real fear Axel and Mary.

Summertime found Axel and Mary riding their bicycles to nearby Vanern Lake where they would much of their time. They also made some extra money helping the farmers sell their strawberry crops. Rumor has it that Mary and Axel ate many of the strawberries themselves.

Adina feared that Axel, who was now 16, would be drafted into the Swedish Army as were all young men in Sweden at the time. Adina did not want her son to learn how to handle a weapon so she sent him to be with her brother, Elias, in the United States.

So at 16 years old Axel came to the United States and worked on his uncle’s farm. It was his plan to work on the farm for about a year and try to save enough money to buy a car and then tour the United States. When Axel had saved the money to buy his car he found himself at a used car dealership in Oneonta New York. When Axel walked onto the lot it was more that just the cars that caught his eye. It turns out that the car dealers 16 year old daughter, Clara, also deserved a test drive. The two hit it off immediately and Axel put his plans to tour the country on hold.

Axel and Clara would be married in 1952. Even though his mother had done her best to keep him out of the military in Sweden the United States found itself at war in Korea. Axel was drafted into the United States Army and after a quick honeymoon in Niagara Falls found himself in boot camp at Fort Brag North Carolina. Axel served in the intelligence branch of the army and was fortunate enough to not spend any time in Korea. When his time was up they offered him promotions and pay raises, but Axel was eager to leave his army life behind and start a family.
Axel and Clara Settled down in Sidney New York where they lived in a small duplex. Axel began to work in construction and learned the trade. Axel and Clara then began to build their own home. The home that they would eventually raise their family in. Axel build the home on his own, block by block, with the assistance of Clara. They began their family in 1960 with the birth of David and then with the birth of Adina in 1961.
Axel continued his career in construction. Not only did he have the knowledge that it took to build a home, but more importantly he took great pride in what he did and everyone in Sidney knew that if they bought a home built by Axel Olson they were getting one of the finest homes available. A home that would last a lifetime. All of the homes and apartment buildings that he built are still standing today!
Axel was also very much a family man spending time camping with his family at Sidney Dam and spring breaks in Myrtle Beach.
In 1980 Axel and Clara followed son David and daughter Adina to live in Texas. Axel would continue his contracting career for awhile, but would eventually retire. Now it was time to do the traveling that he did not get to do as a young man. Axel and Clara bought a motor home and found themselves traveling around the country, camping, spending time with family, and even hitting a casino two.
After 60 years together the Lord took Clara to be with him in 2011. Anyone who had the opportunity to spend time with Axel at that time was given the privilege of hearing Axel’s stories of their life together. It seemed that no two other people could have loved each other so much.

After Clara’s passing some people wondered if it was best for him to remain at home alone, but those that knew him best knew that home was the only place for him. Axel had too much pride to have others take care of him. He spent his last couple of years at home a happy man. His son David would take him to breakfast and that two were a regular sight at the Elk Diner. Axel and David would take their regular spots, and without ever having to say a word Axel was provided with his regular meal. He always spoke fondly of Carol and Brittany, and got a big kick out of it when Vicki referred to him as her boyfriend. If you ever find yourself with the need to see Axel just go to the Elk Diner. A picture of him with David is displayed on the wall. Axel had other important ladies in his life too. His girls at the First National Bank of Burleson always made his day. Most of us never go to the bank expecting a hug, but Axel always got a hug from Shari. And Christi always helped him fill out his bank slips and new exactly how Axel wanted his money. One wonders if the girls at the diner and at the bank ever knew how much joy they brought to one man.

Axel was a warm and kind man. Who cared deeply for his wife, children and grandchildren, but he cared for others as well. Whether you were his wife, son, daughter, grandchild, friend, or just someone fortunate enough to cross his path Axel always wanted what was best for you, and would do what he could for you. It should be known too that even though Axel left Sweden at a young age he was always a Swede at heart always ready to tell a story about the country he loved and eager to pass on the traditions of the country to his children and grandchildren.

Offer Condolence for the family of Axel I. Olson