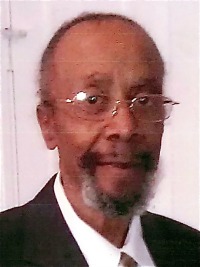 FORT WORTH — Arthur James Williams Sr. was born August 17, 1941, to the late Lucious and Bonnie Bell Williams in Adel, Georgia. Arthur was raised in Miami Florida where he met and married his first wife Johnnie Ann Odom, together they produced a son Arthur James Jr. born in 1966. Arthur joined the Air Force as an air craft mechanic. During his time in the service he did two tours in Vietam and traveled to many countries. His last station of duty prior retirement Arthur met Patricia Cooper and produced a daughter Yevette Czech (Williams) in 1979 later marrying in 1980. Arthur James is survived by his children, Arthur Jr. of Miami,Fl, Anitra Jones(Derrick) of Grand Prairie, TX and Yevette Czech of Mansfield,TX. A granddaughter Jaide Radford two sisters Verdie Worlds of Miami FL, Carrie Turner (Tony) of St.Louis,MO. And a host of nieces,nephews,cousins and friends. Arthur is preceded in death by his brother, Charles Williams of Valdosta, GA. The family would like to thank Arthur’s care giver for her 3 1/2 years of care to Mrs. Georgia Haynes. We appreciate everything you have done over these past few years.

Offer Condolence for the family of Arthur James Williams Sr.