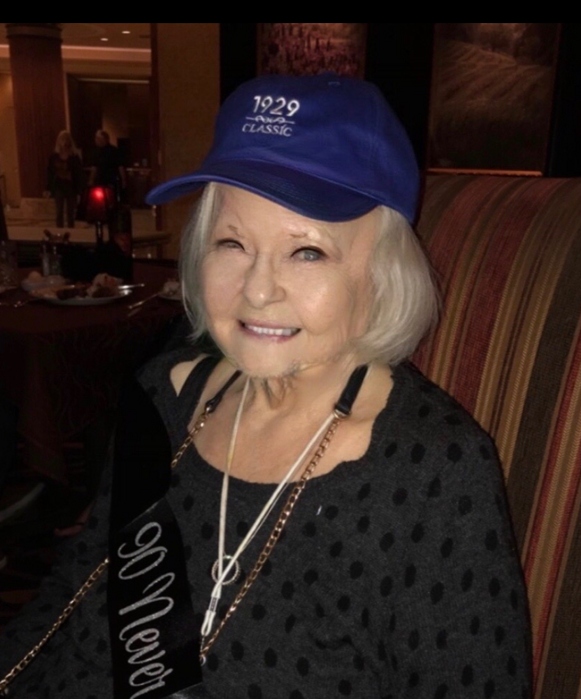 Anne Marie McCarthy Lidiak
Lived at Town Village Crossing in Arlington, Texas.
Died at Texas Health Arlington Memorial Hospital on Monday, August 17, 2020
Age 91. Died of natural causes.
She was the daughter of the late Thomas and Anna McCarthy of Staten Island, New York. Preceding her in death was her late husband Frank Jacob Lidiak Sr., and her son-in-law Johnny T. Baker. She is survived by her eldest son Frank Jacob Lidiak, Jr.; her second son Michael Thomas Lidiak and his wife Jodi; and her daughter Marianne Lidiak Baker; her grandchildren from oldest to youngest: Stephanie Anne Baker Merck and her husband Chad; Madeline Alexandra Baker Yancey and her husband Chris; Celia Corinne Lidiak; Lindsey Alison Lidiak Carpenter and her husband Collin; Conner Michael Lidiak; her great-grandchildren from oldest to youngest: Landon Christopher Merck; Bryson Asher Merck; and Gloria Esperanza Yancey.
Mrs. Lidiak was honorably discharged from the United States Air Force in 1953 as an Airman, First Class, of the Regular Air Force. Because she graduated with elite honors from a secretarial school in New York, she had the honor of being the secretary of her commanding General during the Korean Conflict.
The interment/committal service/memorial service is on Friday, 09/04/2020, at 2:15 PM.
Mrs. Lidiak and her late husband enjoyed traveling the world together. She also enjoyed playing duplicate bridge, bingo, and slot machines. She was a member of the Arlington Women’s Club and watched every episode, many times, of the TV show The Golden Girls. She was a devoted wife, mother, grandmother, and great-grandmother and will be missed.

Offer Condolence for the family of Anne Marie McCarthy Lidiak